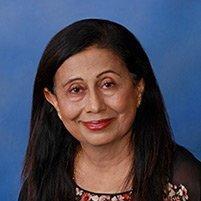 Fibroids can cause significant symptoms and even interfere with fertility and pregnancy. Dr. Abha S. Gupta has extensive experience in treating uterine fibroids in women from Woodbridge, Irvine, and throughout Orange County, CA, using state-of-the-art techniques for optimal results.

Fibroids are growths of muscle tissue that form inside the uterus. Nearly all fibroids are benign (non-cancerous), and they can range in size from under an inch to as large as a cantaloupe.

What causes fibroids to form and grow?

The underlying cause of fibroid formation has not been definitely proven, but medical studies suggest hormonal fluctuations play a very big role. Fibroids form and grow during the childbearing years, with growth almost always halting once menopause arrives. Women who have a family history of uterine fibroids are also more likely to have fibroids themselves.

What symptoms are associated with uterine fibroids?

Many small fibroids cause no symptoms and are only discovered when an examination is performed for some other reason, such as difficulty becoming pregnant. Symptoms fibroids can cause symptoms such as:

How are fibroids treated?

Uterine fibroids that are small and not causing any symptoms or interfering with pregnancy may simply be monitored for the time being. For symptomatic fibroids, there are several treatment approaches that can be considered:

Yes, fibroids may recur after they’ve been treated. The chances of a fibroid recurrence after it’s been treated depend on the method used to remove them and other factors.

We Accept Most Major Insurances

Dr. Abha S. Gupta M.D., F.A.C.O.G. accepts most major insurances! Take a look at our list of the major insurances we accept and feel free to call us if you have any questions.